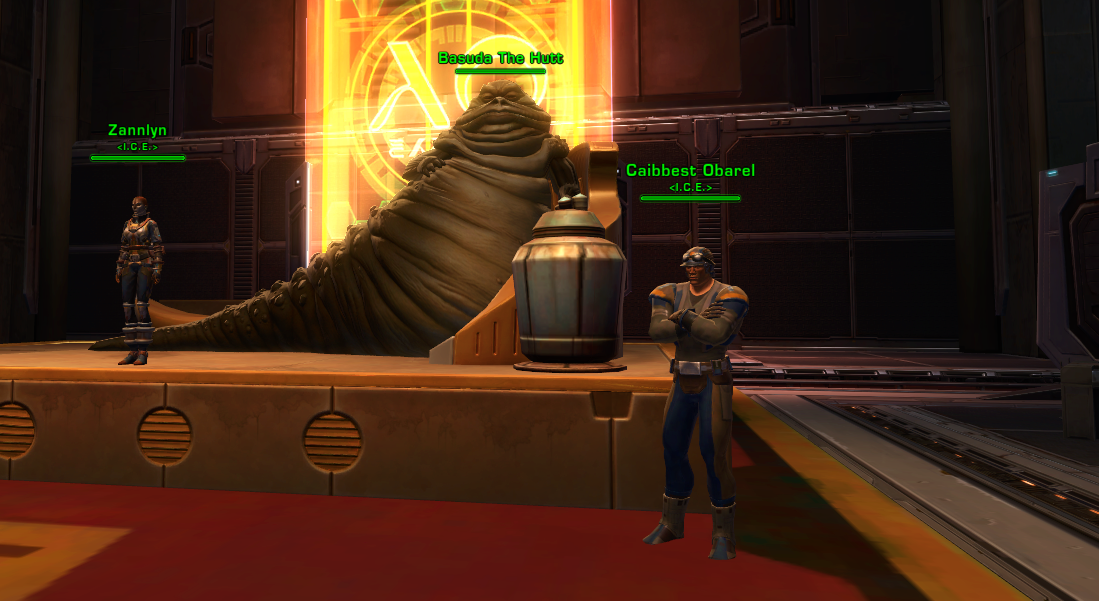 We want to give some honest feedback to the cartel vendor developers.  We understand there's separate teams that manage GSF, PVE, PVP, and cartel market items.  So this feedback goes specifically to the cartel team: the Interplanetary Component Exchange (ICE) vendor sucks.  And we'll list the reasons why... 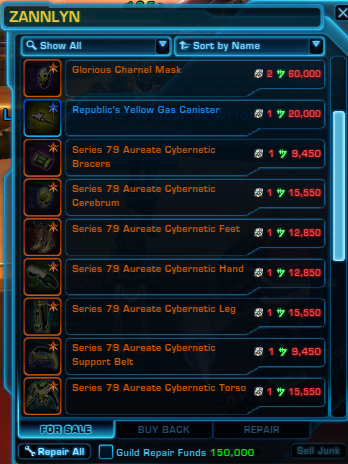 We love the game and we hope you take this feedback with an open mind.

Your user base is already spending hundreds just to get to max rep on these cartel vendors, so let them buy at least half the items without requiring certificates so it makes it less of a greedy 'cash' grind.  Secondly, give us some uniqueness to these "cosmetic" stuff.  We really do want to pay for it.

Some feedback online from the popular commercial MMO guide at dulfy: 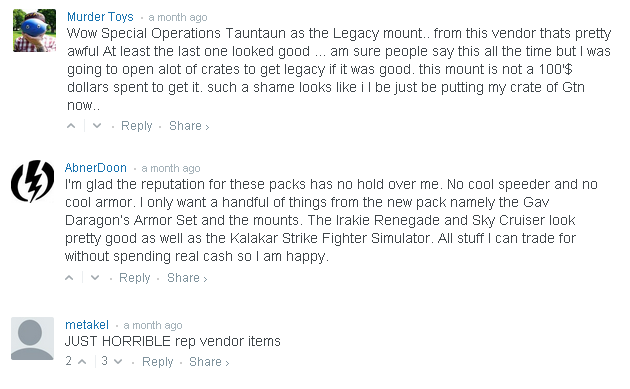 P.S. Here's are some feedback on messing with Korrealis family lore.
Posted by Publisher at 5:45 AM

The Alpha Republic is one of the original guilds from Star Wars: The Old Republic's (SWTOR) The Swiftsure server. It is a "closed" guild.

Born even before the beta phases of SWTOR, we primarily focus on three game areas: PVP (daily), PVE (weekly), and Crafting/Logistics. We originally came from The Swift Sure server and was merged with The Bastion server.

Guild Rules:
Simple policies can be found on our FB community page.

How to get materials (mats)?

You can see a nice tutorial on how to get molecular stabilizers for free: LastDon's tutorial